The City of Fife has launched a jobs and housing program intended to address issues with homelessness that every municipality in the South Sound currently is experiencing.

“Our homeless population has really skyrocketed the last few years,” explained Fife’s Parks, Recreation and Aquatics Department Director Megan Jendrick. “Part of that is probably due to Covid, but it’s also due to the rising costs of housing in this area.” Jendrick is one of the creators of Fife’s Jobs Program, along with Human Resources Director Beth Brooks.

Nearly every city department is devising solutions and responses to the increase in homelessness in Fife – from our police department to community development and the parks department. That comes at the direction of Fife City Councilmembers who directed city staff at the spring council retreat to prioritize a citywide homeless response.

Parks employees have seen first-hand the effects of an increase in homeless populations, especially at the Hylebos Nature Area.

“It was frustrating for our parks employees, who were constantly cleaning up messes left behind. We were responding to the problem with a reactive approach, and it just wasn’t working. Our employees were frustrated, and we decided there has got to be a better way.” 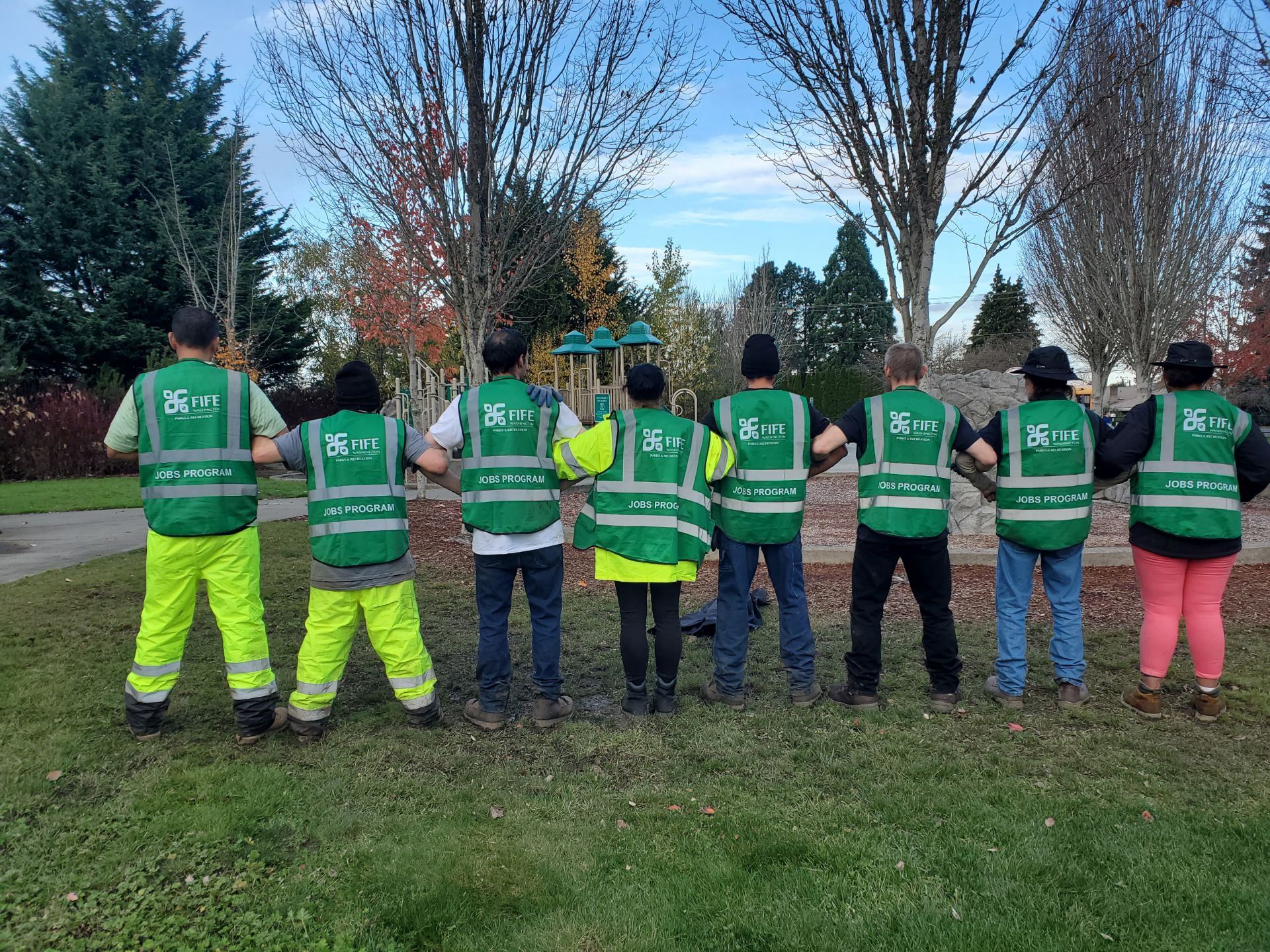 COMING UP WITH SOLUTIONS

“It started out with us talking to those living out there and coming up with an easy solution to keep the garbage under control. The parks crews would drop off 10 empty trash bags, and it was expected that the next day they would come and pick up 10 full bags.” Additional garbage service came next and eventually a portable toilet. City staff began meeting every two weeks with those living in the nature area.

A pattern emerged from the meetings. “We found that quite a few people living out there were really capable of working, but they didn’t have resources to get to work. For a lot of them, it was a lack of identification and a means of transportation,” Jendrick said.

She added, “We started putting together a program that tackles those and some additional wrap-around issues. We wanted to tackle the shelter issue because we don’t want people to live in parks and trails.”

Jendrick and Brooks researched regional programs and models across the United States. They landed on a combination jobs and temporary housing program that also provides life-skills training. The first 10 program participants moved into temporary housing on city land on Oct. 29. 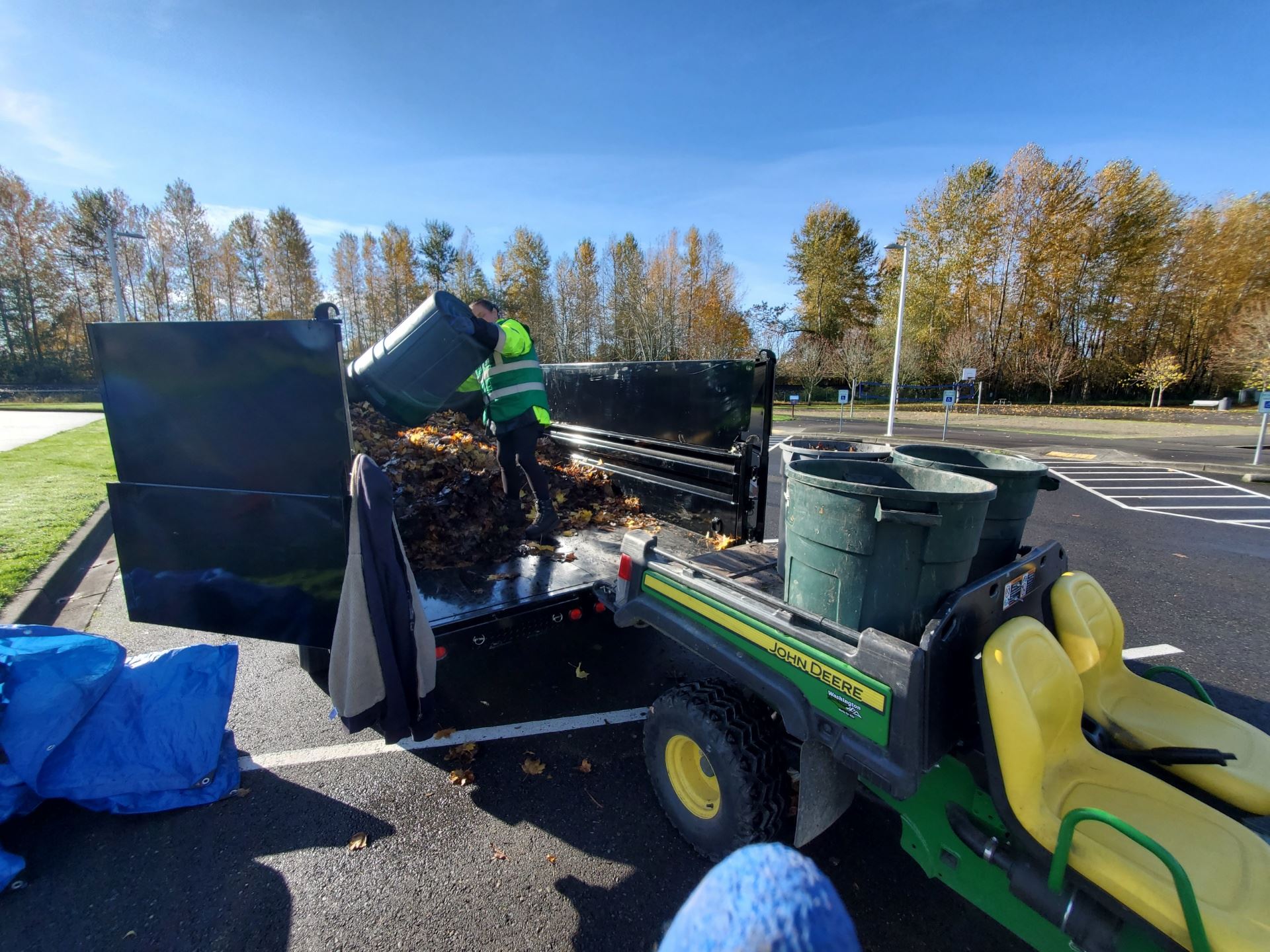 “This is a two-step process. First, housing. Then, jobs. Around the area, we have models working with training and models for getting jobs and models for housing, but we combined those. We wanted participants to have security first, then we work on jobs, any addiction or other issues they might have and then tackle building skills to get jobs,” said Tim Anderson, a parks employee and community navigator with the Fife Jobs Program.

The city partnered with Valeo Vocation, a Tacoma organization that helps employ those experiencing homelessness. A temporary village adjacent to the city’s Criminal Justice Center houses participants while the city establishes utilities for a nearby patch of city-owned land where the village eventually will move. Participants will work with city staff to maintain the city’s parks and trails, as well as complete other paid tasks. They will be contracted employees through Valeo and receive paychecks for 18 hours of work a week.

The first group of participants were required to pass the same type of background check that city staff must pass. The program lasts 12 months and includes multiple training levels, including working with hand tools, receiving flagging and forklift operating certifications and more.

Success measuring will come from how many participants graduate out of the program, as well as other indicators, such as participants who entered drug treatment or other vocational programs. “It’s hard to predict what the success rates will be because there are no other programs like this. We’re being realistic that not everybody who comes through may be successful. This program will be difficult and if people ‘washout’ they will be referred to Valeo for additional services,” said Jendrick.

Jendrick added, “What is helpful here is that the participants want to work. They want to get back on their feet. They want to improve the situation they’re in. They do have hurdles they’re overcoming and they’re going to work on those.”

Our new jobs program is one step in our overall citywide response. Citizens should know that every city department is working to address the problem of homelessness. This is a significant undertaking considering that we’re a small city addressing a regional problem,” said Interim City Manager Russ Blount. “Our community development department is working with private property owners to ensure their properties are safe and free of encampments, and to process applications for new housing alternatives. Our police department continues to work with partner agencies to help tackle the problems related to homeless encampments. Our legal, public works, and finance departments are active in various efforts to encourage WSDOT to address homeless encampments on state property.” 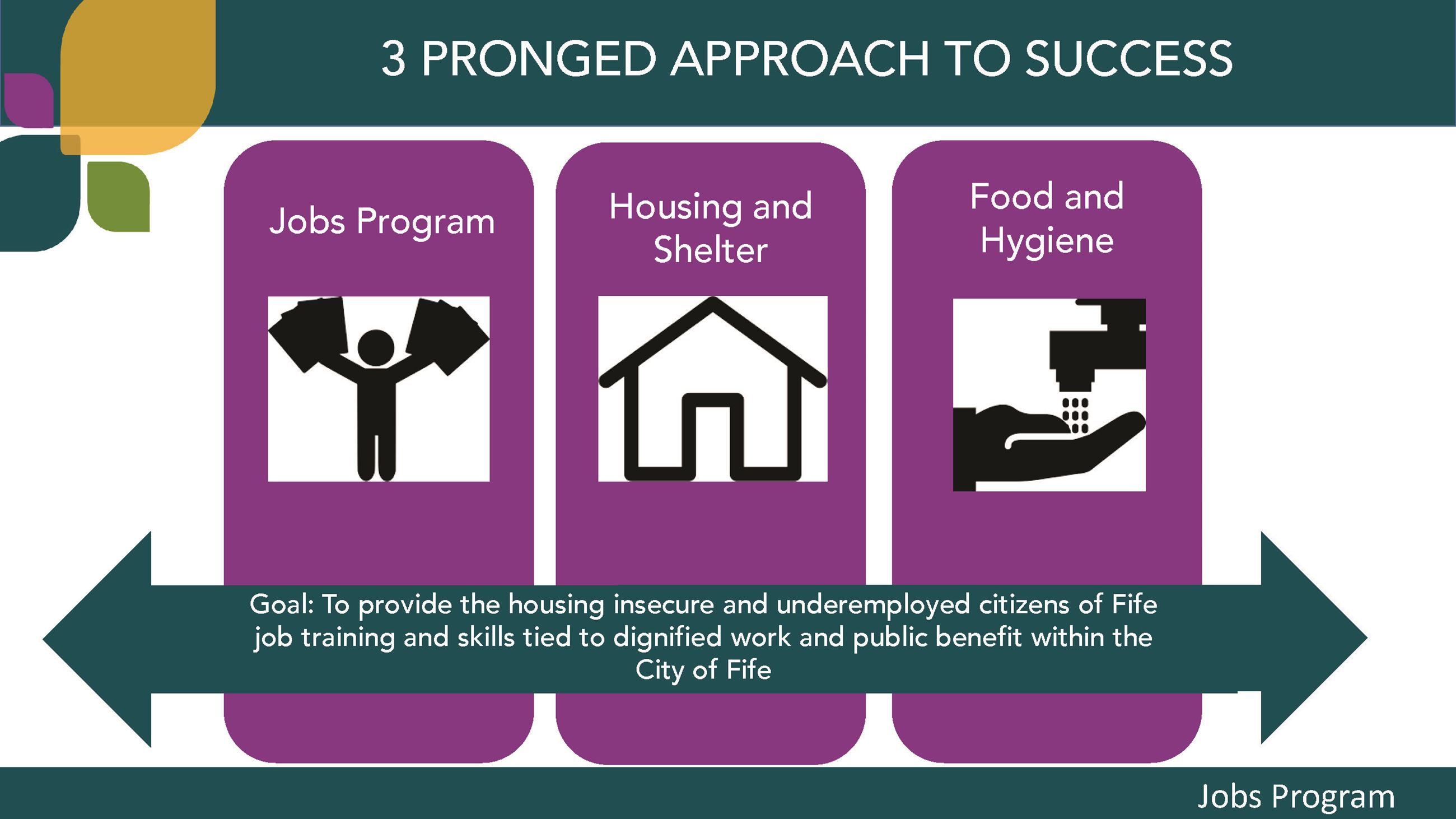 Participants must reside in Fife and have been homeless for at least three months.